The German-Korean Workshop „Novel electrochemical technologies in material science for applications in information and energy technology“ (NEAT) took place between 24th and 26th of September at the Jagd- und Berghotel Gabelbach in Ilmenau, Germany. The workshop was organized by the Electrochemistry and Electroplating Group (TU Ilmenau, FG ECG, Prof Andreas Bund) and the Korea Institute of Materials Sciene (KIMS, Dr. Kyu-Hwan Lee). The ECG group of TU Ilmenau is for many years in contact with several research centres in Korea such as Hanyang University (Seoul), KIMS (Korea Institute of Materials Science, Changwon) or the PCB Research Center of Korea Polytechnic University (Siheung). This collaboration and the workshop were funded by the German Ministry of Education and Research BMBF (via the German National Aeronautics and Space Research Center, DLF, as project promoter) in order to advance the scientific and technical collaboration between both countries. The aim of the workshop was the preparation of joint projects in electroplating, electrocatalysis and energy storage. More than 20 scientists form Korea and Germany participated in this event, most of them young researchers. 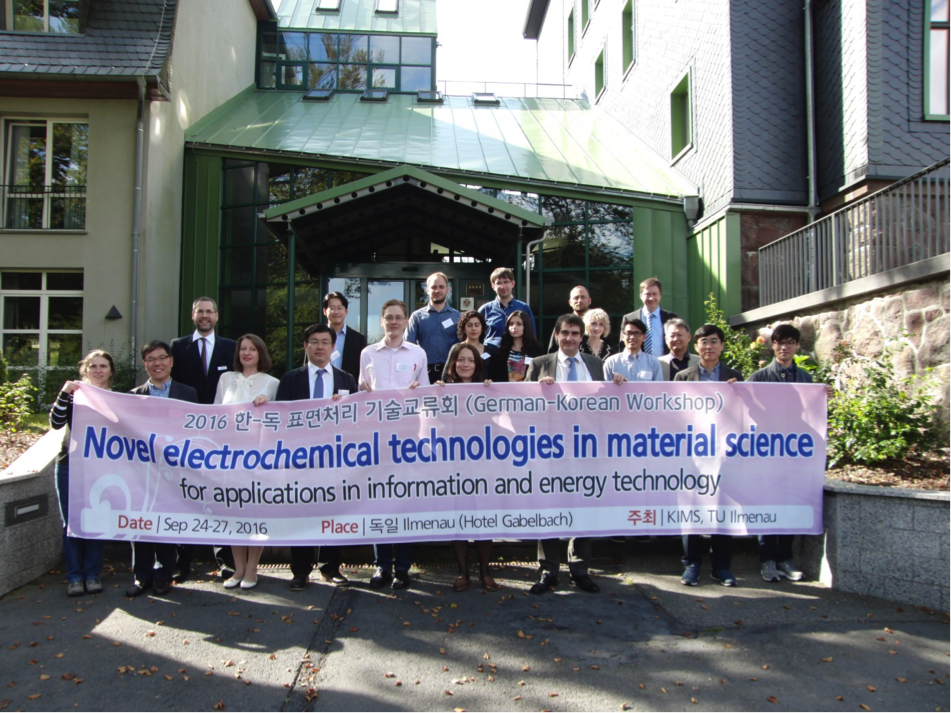 In the beginning new developments were presented in key-note lectures. Dr. Sung-Mook Choi (KIMS) discussed noble metal free catalysts for alkaline water electrolyses and fuel cell catalysts with reduced Pt content. Both are essential parts for a successful energy supply on the basis of hydrogen which is considered a promising energy storage possibility for renewable power sources.

Dr. Kyu-Hwan Lee (KIMS) spoke about the substitution of Cr(VI) by Cr(III) which is also an important topic in Korea and in Germany. He emphasized that there are already good solutions for decorative plating – although there are still open questions about colour hues – while there is still a long way to go for hard chromium layers. Especially the bath stability and control are issues of concern. 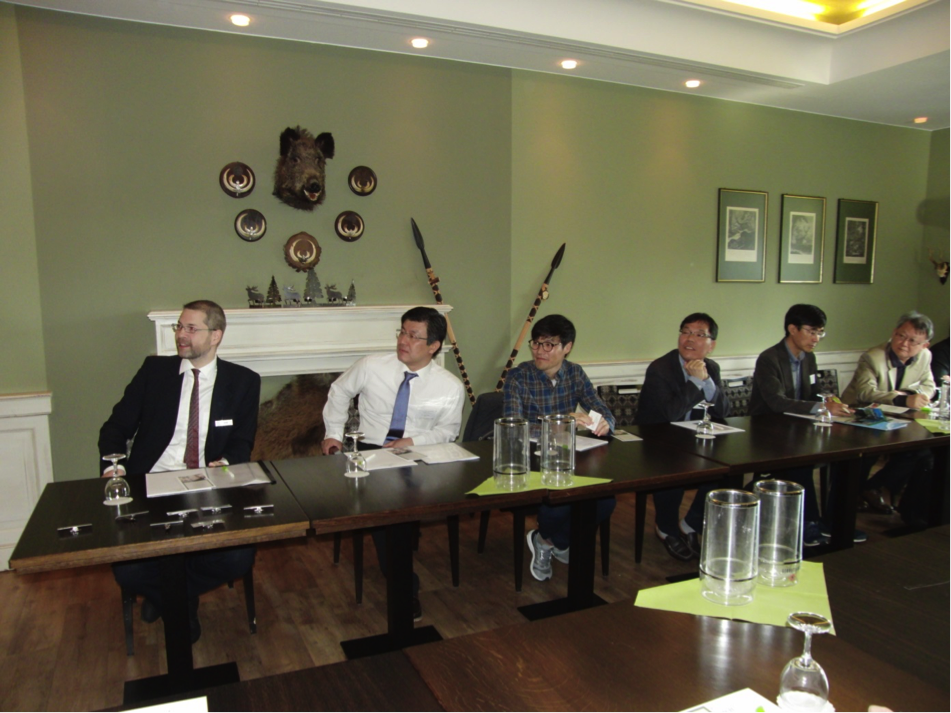 Also REACh and its Korean counterpart (K-REACh) were among the topics of the workshop. Dr. Sasa Jacob (DGO) gave an overview on the legal framework as well as on the difficult and ambiguous forms required during the authorisation process. Next to examples also future candidates of critical substances were mentioned that might be forbidden in the future like boric acid.

In a fourth topic the application of ionic liquids in electroplating was highlighted. Dr. Oliver Schneider (TU Munich) showed the potentials of these electrolytes for the deposition of metals like aluminium or refractory metals (tantalum, titanium or niobium) as well as their alloys. He also gave an outlook on current research projects which investigate the deposition mechanisms and should lead to technical applications. 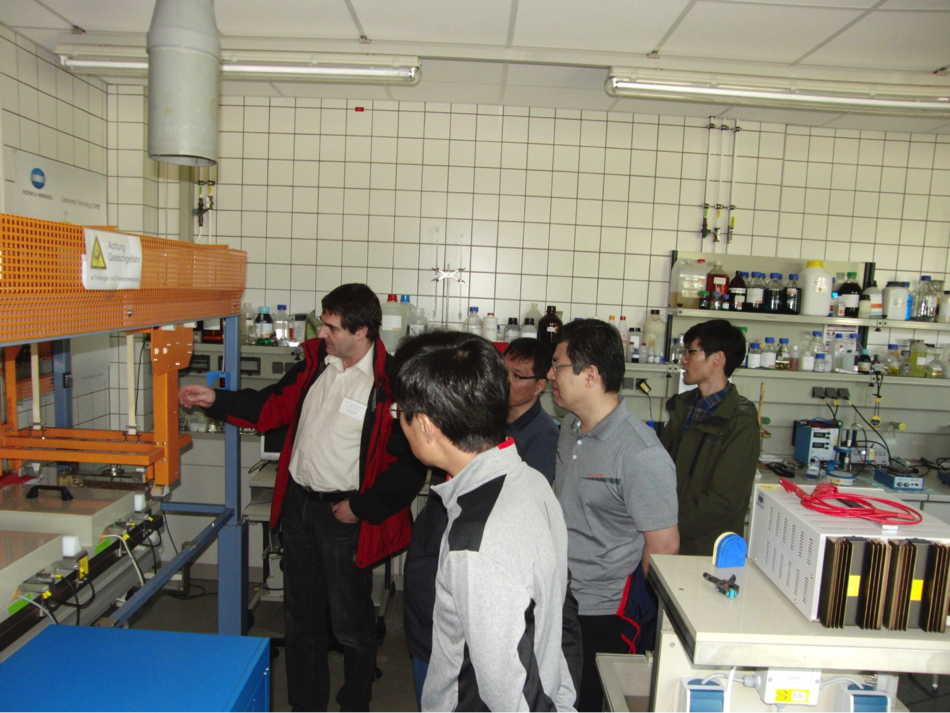 Based on the expertise of the participants and the intense discussions several interesting topics of joined projects were identified. Among them are application-related ideas like the improvement of the long-term stability of Cr(III) based electrolytes for hard chromium deposition and basic research subjects like the deposition of reactive metals from ionic liquids.

A walk on the traces of Goethe to Mt. Kickelhahn rounded up the workshop.

The next workshop will take place in 2017 in Korea. Further information will be available on the webpage of the ECG group (http://www.tu-ilmenau.de/wt-ecg/).

The organizers want to acknowledge the BMBF project promoter DLR for the financial support.