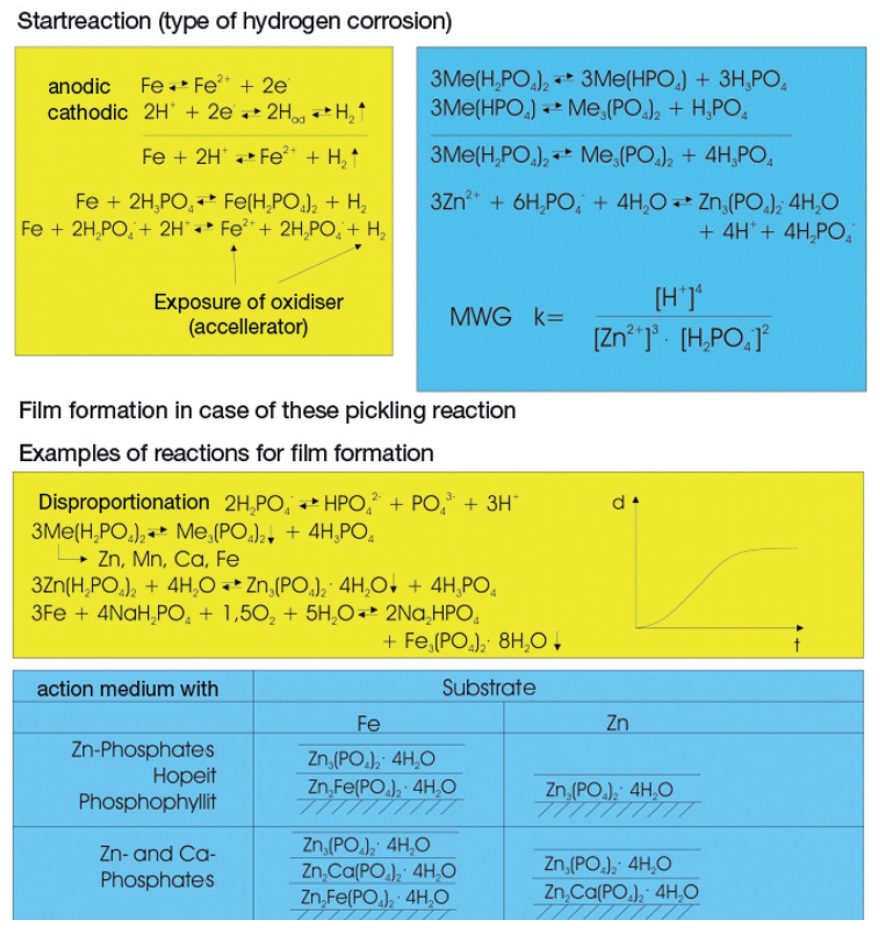 Phosphating baths are mostly developed for microcrystalline single-phase coatings which can be precipitated with high reproducibility. The titanium phosphate pretreatment of steel promotes the formation of hopeite. This reaction leads to a deceleration of the covering process of the free surface and consequently to an increase in the amount of iron containing phosphophyllite. The different alloys and structures of the steel types is the reason for different rates of the pickling attack. Multiphase phosphate coatings containing phosphophyllite show improved tribological properties compared to zinc calcium phosphate coatings. This can be seen especially on the significantly decreased stick-slip inclination. The use of manganese phosphate coatings is to be preferred for many press-fit connections because they can be reproducibly precipitated, guarantee a higher torque transmission und successfully prevent tribo-oxidation.