A new series of copolymers, obtained by reacting aniline as electron donor with thiophene as electron acceptor in a donor–acceptor structure (poly-thio-co-ani), were synthesized via electrochemical polymerization using acetonitrile as a solvent and lithium perchlorate as supporting electrolyte. The copolymer have better solubility in DMSO and KOH than the corresponding homopolymers. Copolymerization of aniline and thiophene was studied by UV-visible and FT-IR spectroscopy. In order to analyze their structure and characteristics X-ray diffraction analysis was applied and the samples were photographed under scanning electron microscope (SEM) for microstructure analysis and morphological property. Electrochemical properties were observed by cyclic voltammetry.

In recent years fully conjugated polymers with favorable physical properties has been much interested. Such materials must have atmospheric and thermal stability and desirable electrical properties. Electrically conducting conjugated polymers such as polythiophene, polyaniline and polypyrrole have attracted considerable attention [1-3]. But all of these conducting polymers are insoluble in common organic solvents which makes practical applications difficult.

Polythiophene are one of the most important class of conjugated polymers with wide range of applications, such as conducting films, electrochromics and field effect transistors [4-7]. Polyaniline has been studied extensively in the last few years due to its good environmental stability and facile synthesis. Such properties make this polymer suitable for a variety of applications [8-10].

Fig. 1: Aromatic (A) and Quinoidal (Q) form of Thiophene and Aniline

We choose copolymerization of thiophene and aniline due to both polymeric system have quinoidal and aromatic phases Figure 2. Aniline is an electron donor, while thiophene is an electron acceptor having both properties within the same molecule. Thiophene rings with aromatic coupled structures are attractive due to their extending p-conjugated length, and closely packed rigid confrmation [13]. We have observed that the presence of various substituent groups on the monomer unit 2 increases the solubility [14].

The aim of this study, is to obtain a co-polymer of two organic compound having totally different properties by applying different electrochemical conditions such as potential, solvent. There are few studies about the synthesis of copolymers of thiophene and aniline or their derivatives prepared by electrochemical and chemical [15-16] methods. Electropolymerization has some advantages. It is a simple and relatively inexpensive method, it permits synthesis of copolymer without using any oxidizing agent. Application of electricity as a non conventional energy source for activation of reactants in suitable solvents has now gained popularity over the usual homogeneous and heterogeneous reactions. In addition by adjusting conditions (potential, time, temperature), both powders and films can be obtained [17].

Scheme 1: Schematic reactions for route synthesis of copolymer of Thiophene with Aniline derivative

The monomer used in preparation of polymer are shown in Table 1 Aniline GRgrade (Merck), thiophene (Aldrich). per-chloric acid from (Merch) was used for providing acid medium and LiHO4 (Aldrich) was used as a supporting electrolyte. Acetonitrile and ethylacetate were obtained from LobaChemie. P-chloroaniline and o-chloroaniline from CDH and other aniline derivative obtained from Lobachemie. These chemical were used without further purification. Water used was double distilled.

Tab. 1: Current-Potential data of Electro-copolymerization of thiophene with aniline and its derivative via radical and radical cation coupling mechanism

Electrochemical experiments were carried out with potentiostatgalvonostat system. A three-electrode system was used. The working and the counter electrodes were platinum plates having a surface area of 1.2 cm2. Electrochemical measurements were carried out at room temperature in a three-electrode beaker type undivided cell with the reference electrode (Hg, HgClsaturatedcallomel) in acetonitrile Controlled potential electrolysis was carried performed to a solution of Thiophenewith aniline in 4:1 ratio containing LiClO4 (7 mmole) as supporting electrolyte in an undivided cell equipped with a magnetic stirrer. The polymerization current was supplied by dc power supply. The progress of electrolysis was followed by periodically decrease in current with time. The electro-copolymerization of thiophene with aniline afforded purple black precipitates as products. Obtined product was extracted with ethyl acetate and supporting electrolyte was filtered off and obtained residue was purified using distill water. All reactions were performed under same electrolytic condition up to 8-10 h and eight samples were prepared such as poly Thio-co-Ani.

All experiments were carried out in a conventional electrochemical cell which consists of platinum plates in the form of flattened sheet as working as well as counter electrode and saturated calomel electrode (SCE) as reference electrode. Cyclic voltammetry was performed using a Versa stat 3200(USA) CH instrument with a three electrode system. Infrared spectra were recorded on a Nicolet 460 IR spectrometer with KBr pellet. Thescanned wavenumbers range from 4000 to 400 cm−1.X-ray diffraction patterns were obtained for thio coanipowders, using a XPERT-PRODiffractometer system start position [02Th] 5.0084 to end position [02Th] 69.9824 using a graphitemonocromator with K-Alpha 1 (λ = 1.5406o Å) radiation, reflection mode, step of 0.0170º, step time 25.19. The microstructure and surface morphology of synthesized polymer was studied by scanning electron microscope (SEM) using electron probe microanalyser. The solubility tests were carried out at room temperature byusing 1 mg sample and 1 mL solvent.

Electrochemical synthesis of poly Thio-co-Ani has been carried out in electrochemical cell in which Thiophene is used as monomer I and Aniline (Aniline derivative) as monomer II and formed copolymer product is listed as (3a-3f) (Scheme 1). Controlled Potential Electrolysis (CPE) is performed in electrochemical synthesis of copolymer. Current-Potential data of Electro-copolymerization of thiophene with aniline and its derivative are given in (Table 1, Entry 1-10). In Mechanistic pathway for the formation of poly Thio-co-Ani monomer units such as Thiophene and Aniline electrochemically oxidized to its radical cation by giving a electron. These radical cation combined with each other and formed oligomer of thiophene-aniline by removal of two moles of proton. This oligomer undergo oxidation and chain elongation process, long chain of copolymer of thiophene with aniline is formed (Scheme 2). Poly Thio-co-Ani are soluble in different organic solvents such as NMP, DMSO, Chloroform and Benzene. Copolymer is insoluble in polar solvent such as Ethanol and Acetone (Table 2).

All the electrochemical measurements were carried out with Electrochemical Analyzer CH Instruments at room temperature in a three electrode system. Electropolymerization of thiophene and aniline has been found to be difficult because of large difference in their oxidation potentials. Aniline polymerizes electrochemically in a dilute aqueous acidic solution at a potential of 0.800 eV. On the other hand, thiophene polymerizes in a nonaqueous or highly concentrated acidic solutions at a high anodic potential of 2.00 eV. This problem can be solved by adjusting polymerization potentials according to concentration of monomers. Due to the large difference in the electrooxidation potentials of aniline and thiophene results formation of polyaniline film with polythiophene film [18]. To avoid this, aniline–thiophene copolymers were deposited experimentally at constant potential 1.7 eV versus callomel as a reference electrode.

Cyclic voltammetry (CV) was employed to assay the electro activity of the compounds and determine the oxidation– reduction peak potentials Figure 3. CV measurements were carried out at a potential scan rate of 0.1 V/s. The system consisted of a CV cell containing Pt plate as the working electrode, as well as counter electrode, and callomel as the reference electrode in the employed electrolyte solution. Cyclic voltammetry curve was drawn corresponding in the electrode potential range of 1.00-2.40 eV. One oxidative peak was observed at potential range 1.60 eV and absence of cathode peak implies that electrochemical oxidation of thiophene with aniline is an irreversible process. When electrode potential reached at 1.60 eV current was maximum. A cyclic voltammogram is slightly different behavior of its monomers during electrooxidation. Oxidation peak indicates the formation of aniline radical cation. Polyaniline coating formation takes place at lower potential than thiophene which disturbs the polythiophene coating formation. This provide information about the possibility for thiophene-aniline copolymerization. 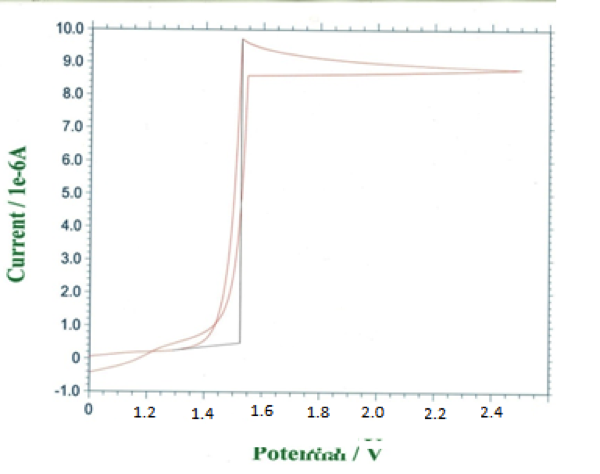 Figure 4 depicts the UV-Vis absorption spectra of copolymer, absorption maxima corresponding to benzenoid, and quinoidal electronic transitions (π-π*) are observed at about 450 nm 700 nm. Imino nitrogen (n-π*) transitions were registered between 650 and 800 nm. Spectra shows absorption bands at higher wavelength (red-shifting) which is observed due to the presence of different oxidation states into the polymeric chain, like the quinoidal units, the semi-planar and non-branched structure that leads to a more conjugated and energetically more stable polymer Figure 2. Copolymer of thiophene and aniline leads to red shift of absorption maximum at the room temperature suggesting a greater p-conjugation and more ordered structure [19]. 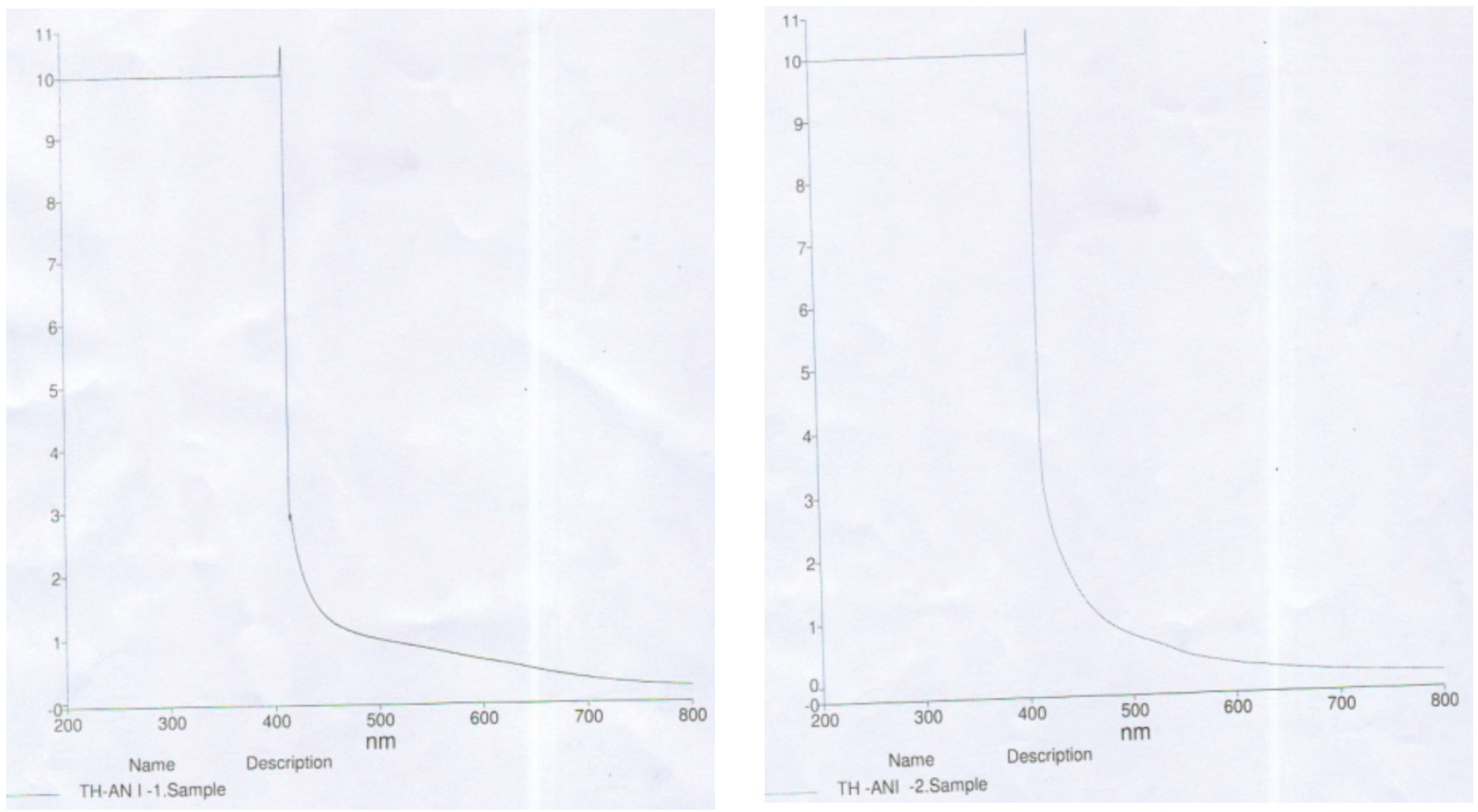 Fig. 4: UV–Visible spectroscopic characterization of electrocoated copolymer powder of poly-thio-co-aniline (4a) and poly-thioco-o-toluidine (4b)

Partial information onthe structure of the copolymer was obtained from IR spectroscopy (Figure 5 a/b). As there are several similar bands in both spectra which, in accord with similar series as poly-co Thiophene-Aniline and poly-co Thiophene- o-Anisidine. A very broad peak at 3400-3410 cm-1 is characteristic of the N-Hstretching vibration and suggests the presence of secondary amino groups [20]. The lower frequency mode at 1495 cm-1 indicates the presence of benzenoid ring units. Two bands of middle intensity are also observed at 1216 and 1215 cm-1, which canbe ascribed to the C-N stretching vibration in the quinoid imine units and the C-N stretching vibration in the benzenoid imine units [21]. The bands in the region of 758/ 763 cm-1 are due to the C-H out-of-plane deformationwhich are characteristic of the 1,4-disubstituted benzene as well as of 2,3,5-trisubstituted thiophene [22]. The presence of para-disubstituted phenylene rings and α- α coupled thienylene rings indicates that the coupling rings produce preferentially linear elements of chain. 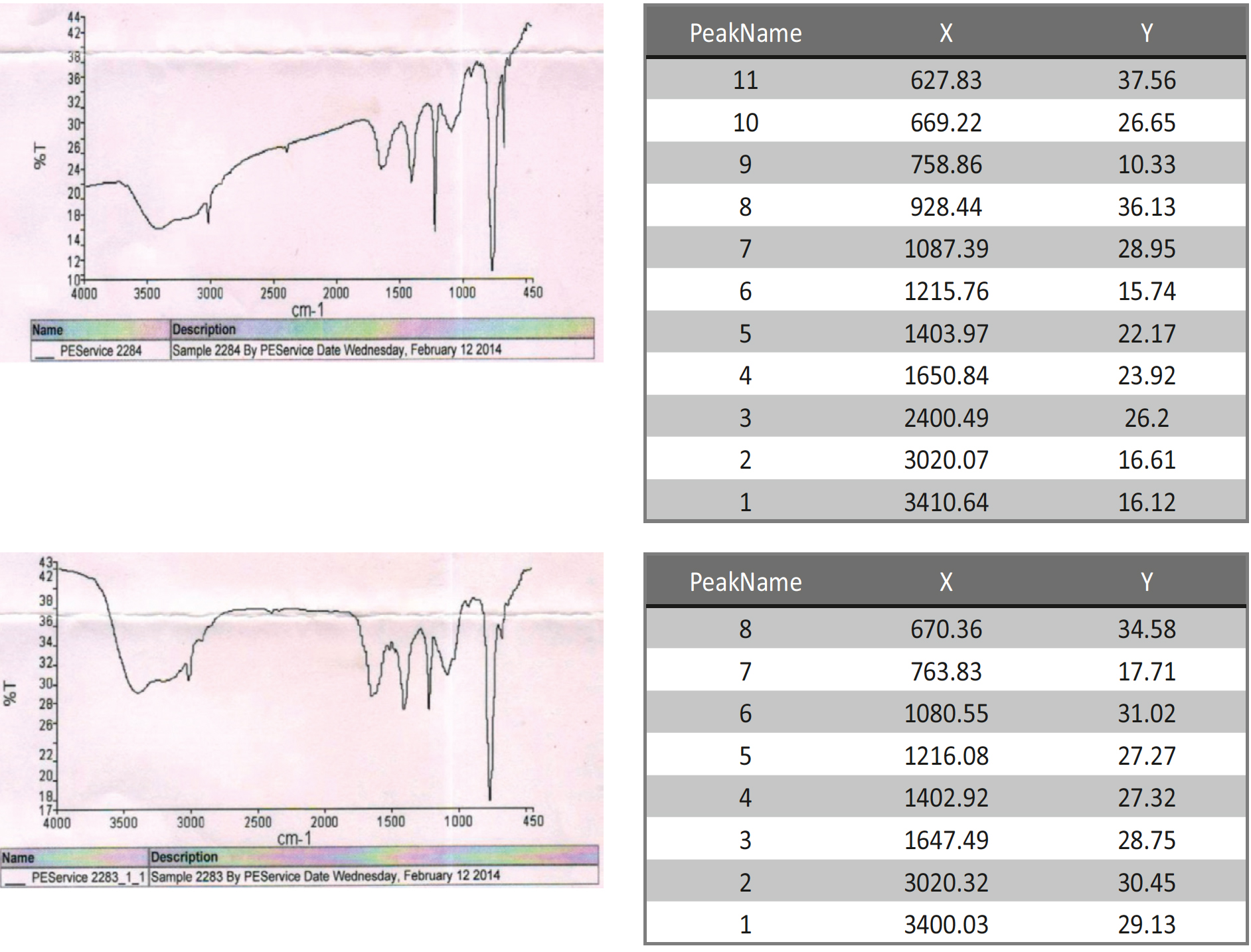 Figure 6 a/b shows the XRD patterns ofpoly-thio-co-ani.It can be seen that Conjugated polymers (thiophene-Aniline) with linear molecular geometry gives XRD peak in the low-angle region 12°- 22°.The peak of about 4.04A° is reasonable for a stacking distance of thiophene-based conjugated polymers. Peaks at 25° and 30° corresponds to XRD signals of conducting glass, suggesting that there are an amorphous packing of the polymer molecules. These studies revealed that the copolymers have extended ranges of stability even at very positive applied potentials compared with homopolymers. 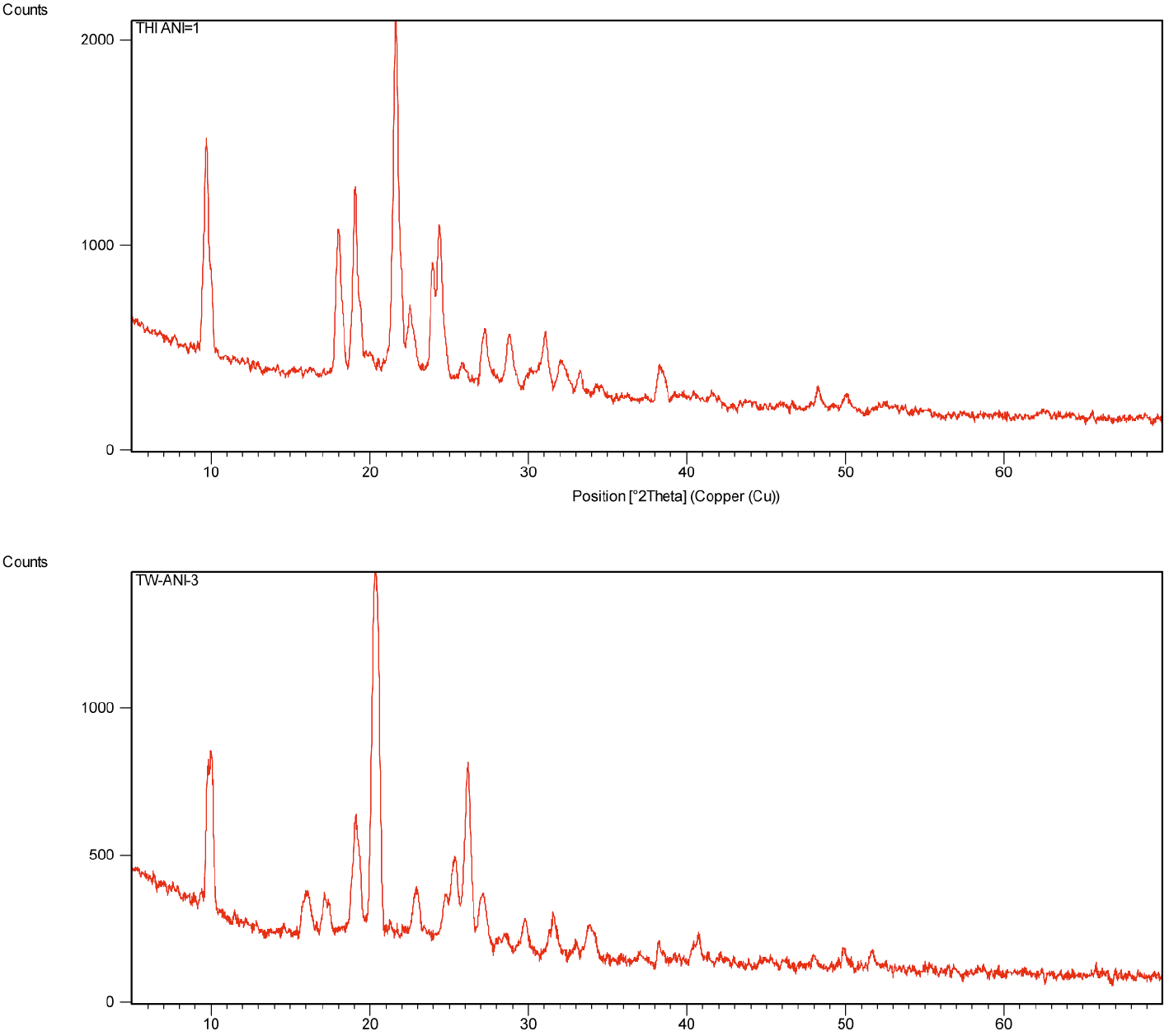 Fig. 6: XRD patterns of co-polymers of poly-Thio-co-Ani (6a) and poly-thio-co-o-toluidine (6b) in powder form

Surface morphologies of the copolymer (poly-thio-co-ani)

The surface morphological properties of poly-thio-co-aniare obtained by scanning electron microscopy (SEM). SEM photographs of the powder forms are shown in Figure 7. After the copolymers are electrochemically synthesized onto Platinum, the copolymeric materials are scraped from the Pt plate and the measurements are carried out. According to the SEM images, poly-thio-co-anihas a perforated surface with holes approximately 2–3 lm in diameter (Fig. 7 a/b). This morphology is distinctly different from that of the polythiophene homopolymers. 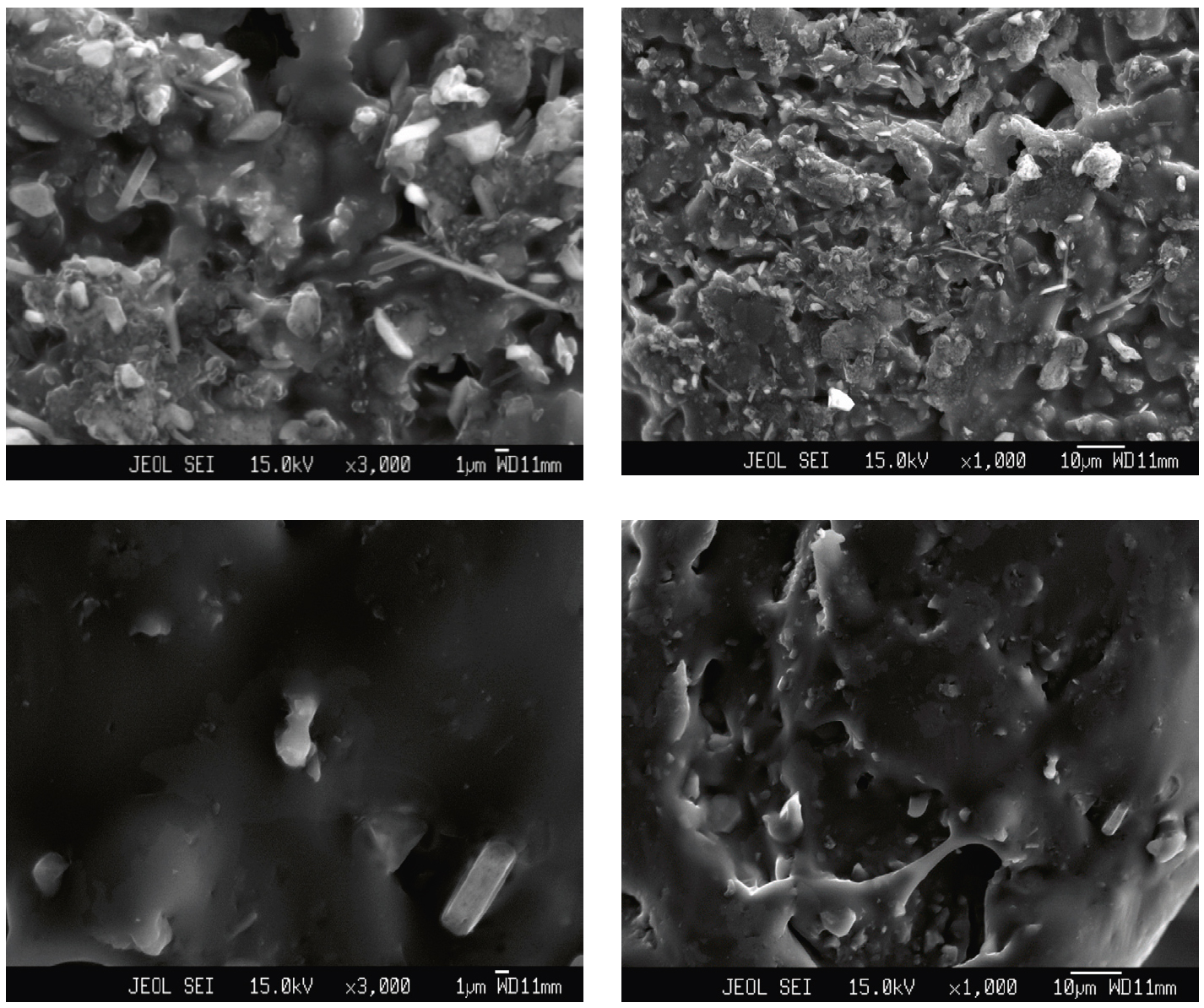 Fig. 7: SEM images of the poly-co-thio- Ani (7a) and poly-thio-co-o-toluidine (7b) with different magnification and cross-section

Polymer surface is homogeneous. The perforated structure supplies a larger surface area in a small volume, which improves the performance. Similarly, this morphology poly-thio-co-ani is expected to increase the functionality.

It can be concluded that copolymer of polythiophene and polyaniline having nondegenerate bond phases can be synthesized electrochemically. Furthermore, it was found that the insertion of aliphatic chain to the polymer backbone significantly increases the solubility of the product that notably affects the thermal stability of the system. Synthesis of these copolymers takes place between 1.4 and 1.9 V due to the presence of aniline units within the polythiophene chains. The range of stability of these copolymers is considerably extended. Synthesize copolymer have extended p-conjugated lenth and closely packed conformation used in different field. The copolymerization reaction is strongly affected by the monomer concentration. Electrochemical method is more convenient to synthesize the copolymer films. 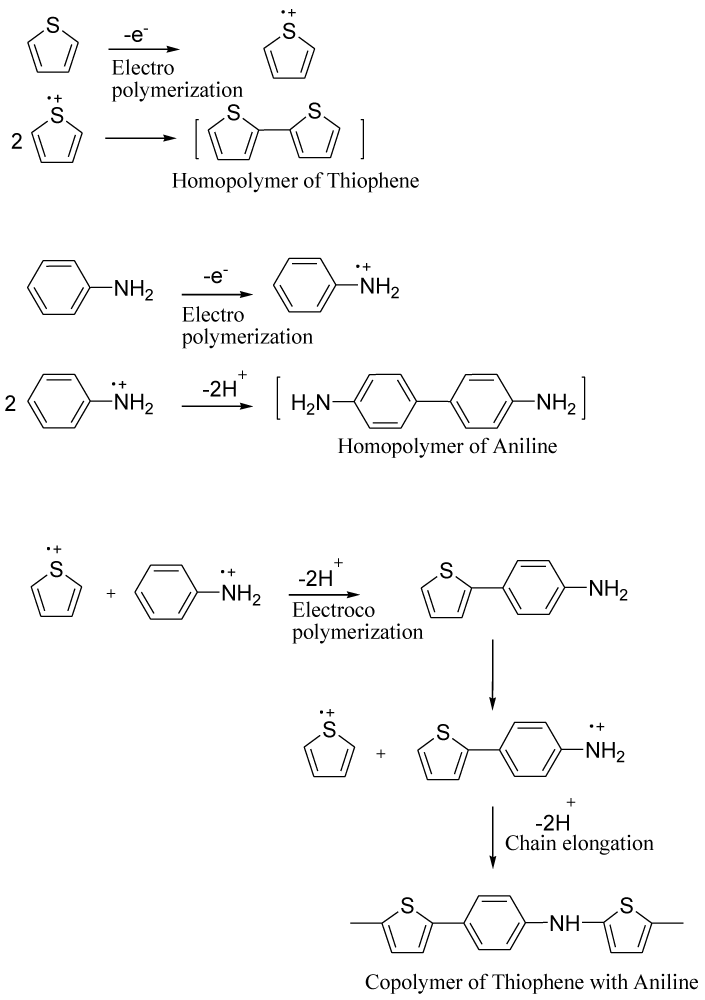 Scheme 2: Plausible mechanistic pathway for the copolymer of Thiophene with aniline

This work was supported by the Funding Program for UGC Scheme. The authors are thankful to the Head, Department of Chemistry, University of Allahabad, for providing necessary facilities, CDRI Lucknow, for IR and Saif Cochin for XRD spectral analysis. They are also highly obliged to National Centre of Experimental mineralogy and petrology Allahabad for recording the SEM micrographs.